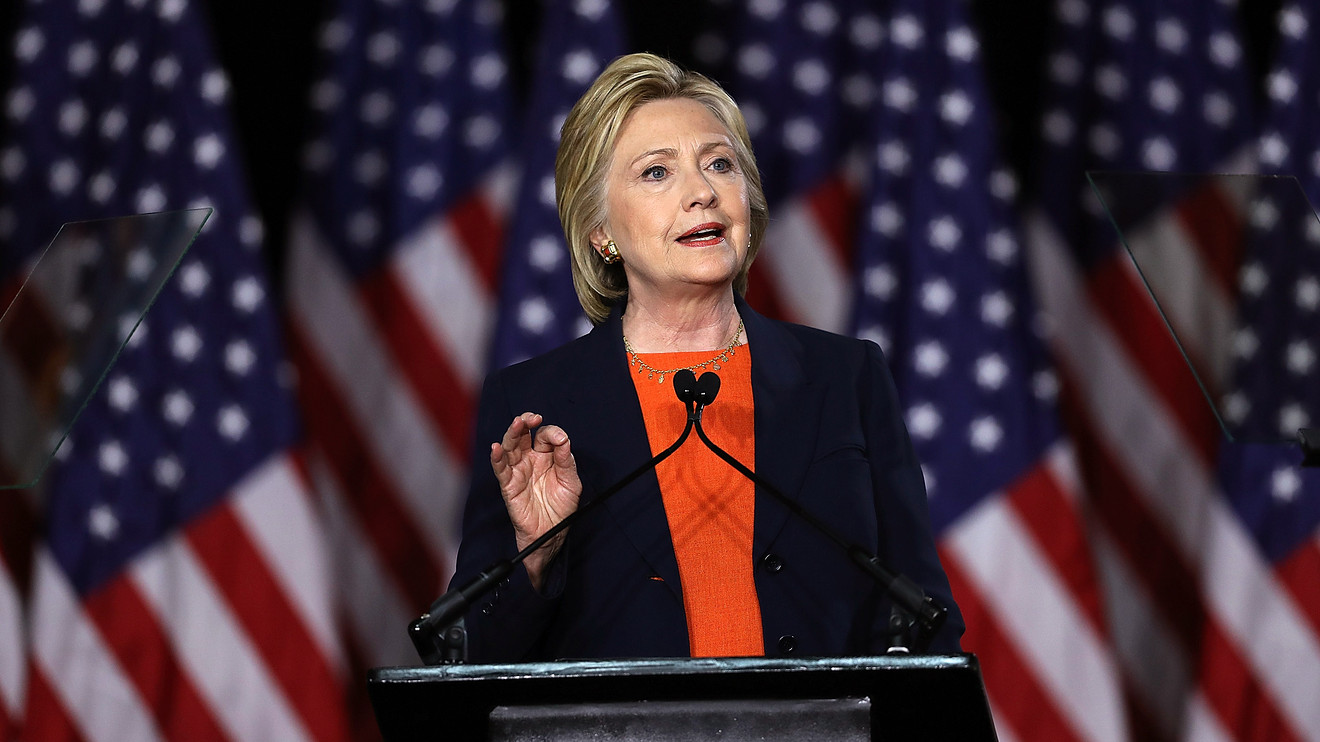 The prospect of Hillary Clinton running for president in 2024 has been generating buzz lately. While she’s not yet announced whether or not she will be seeking the office, many people are speculating about her chances and possible platforms if elected to serve four more years as America’s highest ranking officer-which could mean big things on both international agendas like women’s rights around world (she wants us there) reproductive health care; economic issues such jobs with fair wages and benefits including family leave policies.

Clinton’s recent comments on running for president in 2024

“I’m not ruling it out,” Clinton said when asked about the possibility during an interview on “The View” last month. “I never say never to anything.”

Asked what would need to happen for her to make a second bid for the presidency, Clinton replied, “A lot of things would have to fall into place.”

So, what does Hillary think? She’s admitted that she’s considering it and is “under pressure” from friends to do so. But, she also said that she wants to see more women in office and would prefer to focus on helping others get elected instead of campaigning for herself again.

Still, with her name recognition and popularity among Democrats, it’s hard to imagine Clinton not making a serious run for the presidency in 2024 if she decides to throw her hat in the ring. Only time will tell what she ultimately decides to do.

The current political landscape is highly polarized, with both major parties deeply divided on a number of issues. This could play into Clinton’s favor if she decides to run, as she would likely be seen as a unifying figure who could bring people together.

Of course, there are also a lot of unknowns at this point. It’s unclear how the 2022 midterm elections will shake out, and it’s possible that a new Democratic Party standard-bearer could emerge by 2024. Clinton would also be 79 years old if she were to run again, which could be seen as a liability by some voters.

Still, Clinton would likely start out as the favorite if she decides to run, and she would no doubt be a formidable candidate.

Clinton’s experience as a candidate in 2016 will be a big asset if she decides to run again in 2024. She knows how to run a presidential campaign, and she has a deep understanding of the issues that matter to voters.

Clinton also has strong relationships with many key Democratic Party leaders and operatives, which could give her a significant advantage in the 2024 primaries.

Of course, Clinton also has some baggage from her 2016 campaign, and she would need to address questions about her emails and the Benghazi attack if she were to run again. But overall, her experience as a candidate would be a big plus if she decides to seek the presidency once more.

What we can expect from Clinton in the coming years

It’s hard to say exactly what Clinton will do in the coming years, but it’s clear that she remains interested in politics and public service. She has said that she wants to help elect more women to office, and she is also involved in a number of charities and causes.

Clinton will likely stay active in some capacity, and it’s possible that she could make another run for the presidency in 2024. Only time will tell what she ultimately decides to do, but Clinton remains a force to be reckoned with in the world of politics.